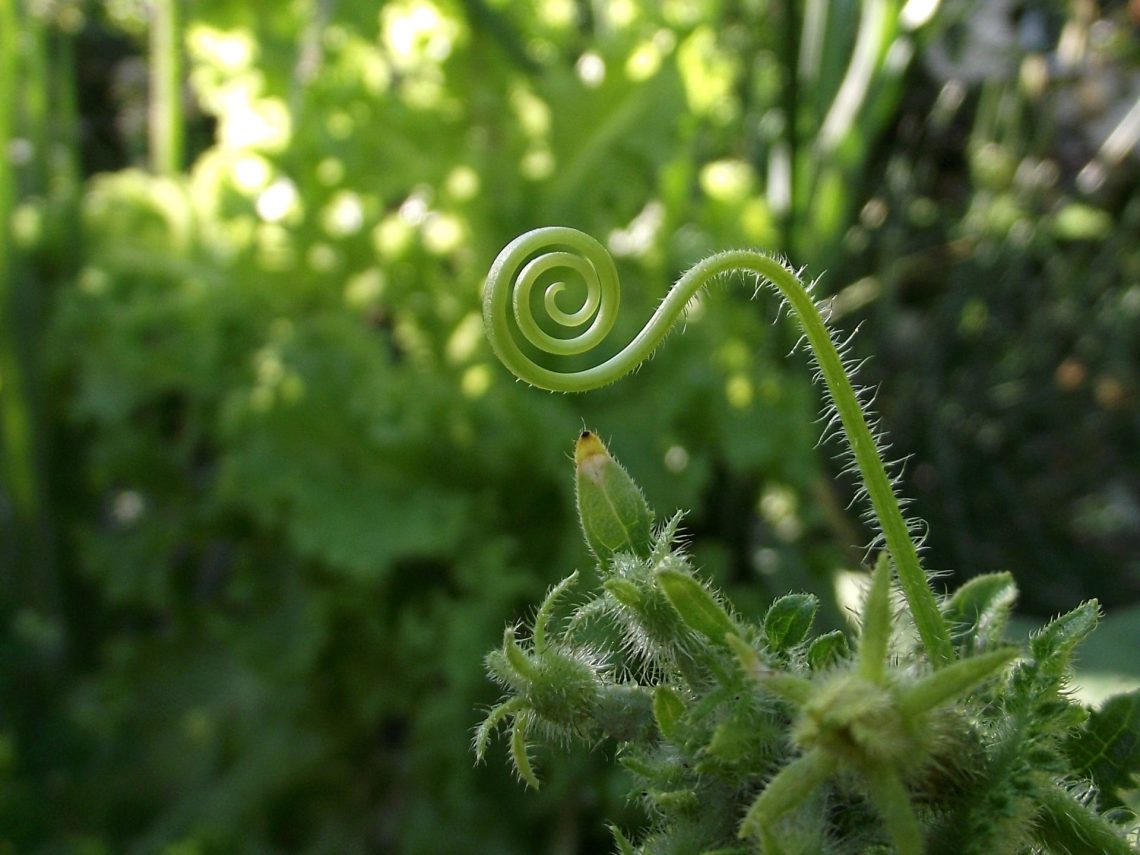 In botany, a tendril is a specialized stem, leaf or petiole with a threadlike shape that is used by climbing plants for support, attachment and cellular invasion by parasitic plants, generally by twining around suitable hosts. They do not have a lamina or blade, but they can photosynthesize. They can be formed from modified shoots, modified leaves, or auxiliary branches and are sensitive to airborne chemicals, often determining the direction of growth, as in species of Cuscuta.

The earliest and most comprehensive study of tendrils was Charles Darwin’s monograph On the Movements and Habits of Climbing Plants, which was originally published in 1865. This work also coined the term circumnutation to describe the motion of growing stems and tendrils seeking supports. Darwin also observed the phenomenon now known as tendril perversion, in which tendrils adopt the shape of two sections of counter-twisted helices with a transition in the middle.

The specialised pitcher traps of Nepenthes plants form on the end of tendrils. The tendrils of aerial pitchers are usually coiled in the middle. If the tendril comes into contact with an object for long enough it will usually curl around it, forming a strong anchor point for the pitcher. In this way, the tendrils help to support the growing stem of the plant. Tendrils of Cuscuta, a parasitic plant, are guided by airborne chemicals, and only twine around suitable hosts.